We're not playing at politics

The National Children’s Parliament was called to order for the first time on 29th October 2021. This online event involved a world record 270 participants, all aged below 12, who got an introductory message from our prime Minister the Rt. Hon. Boris Johnson and the House of commons Speaker Sir Lindsay Hoyle.

The event was held in honour of Sir David Amess with David Davies MP taking his place alongside the Speaker, Peter Spencer-Lane (Headmaster of Saint Pierre School). The child MPs primarily debated aspects of climate change but also considered technology, the COVID response and Fairtrade. The parliament lasted around 90 minutes and illustrated powerfully the passionate, eloquent, informed, and enlightened voice of this generation. 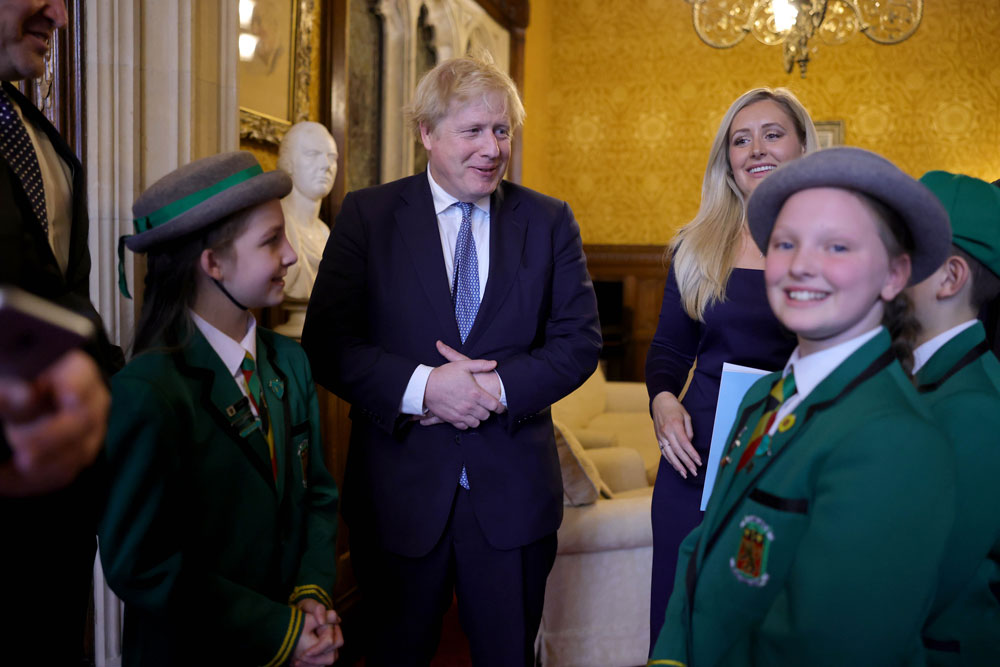 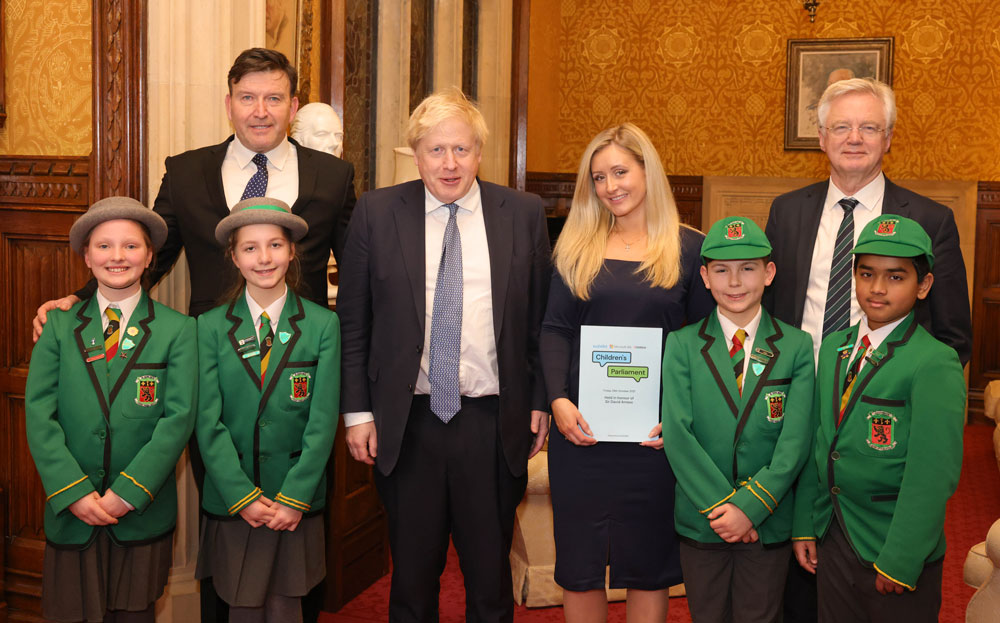 On the 3rd of February 2022, The Saint Pierre School made history as our 4 head pupils represented the National Children’s Parliament in a meeting with Prime Minister Boris Johnson. The Parliament is a Saint Pierre initiative which now enjoys National recognition and the
patronage of David Amess’ daughter Katie. Mr. Davies accompanied our head pupils and Katie to hand over the children’s parliament report in a meeting and chat with Boris Johnson in the Houses of Parliament.

This momentous day was reported in both the Daily Express and the Telegraph. 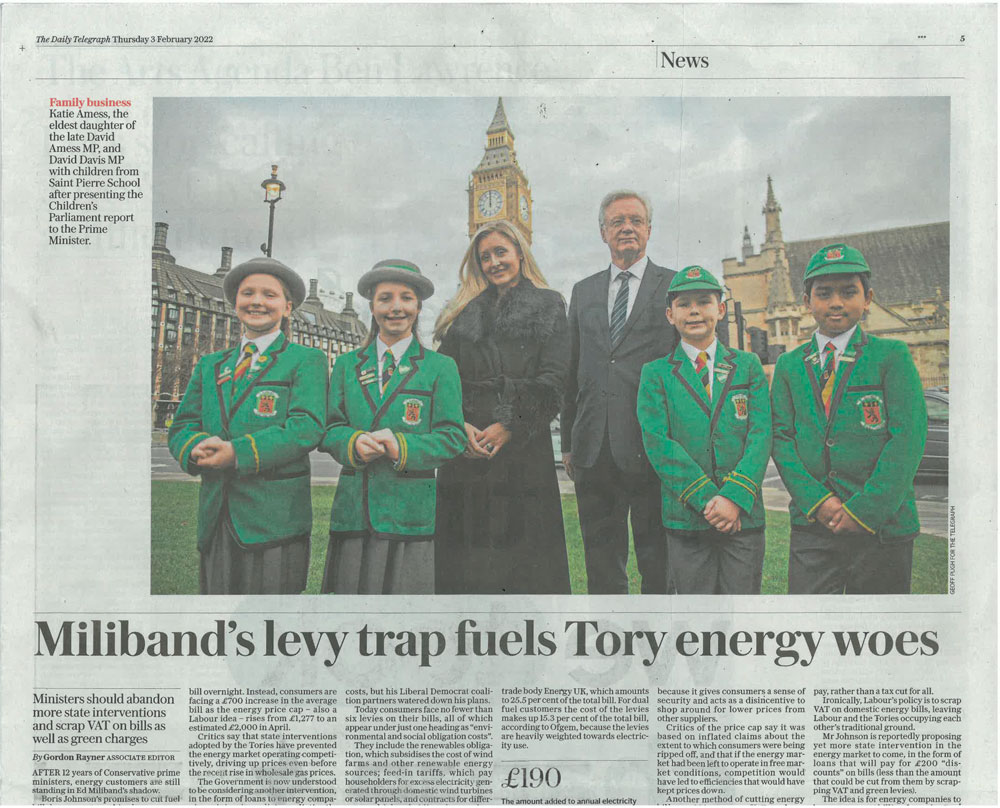 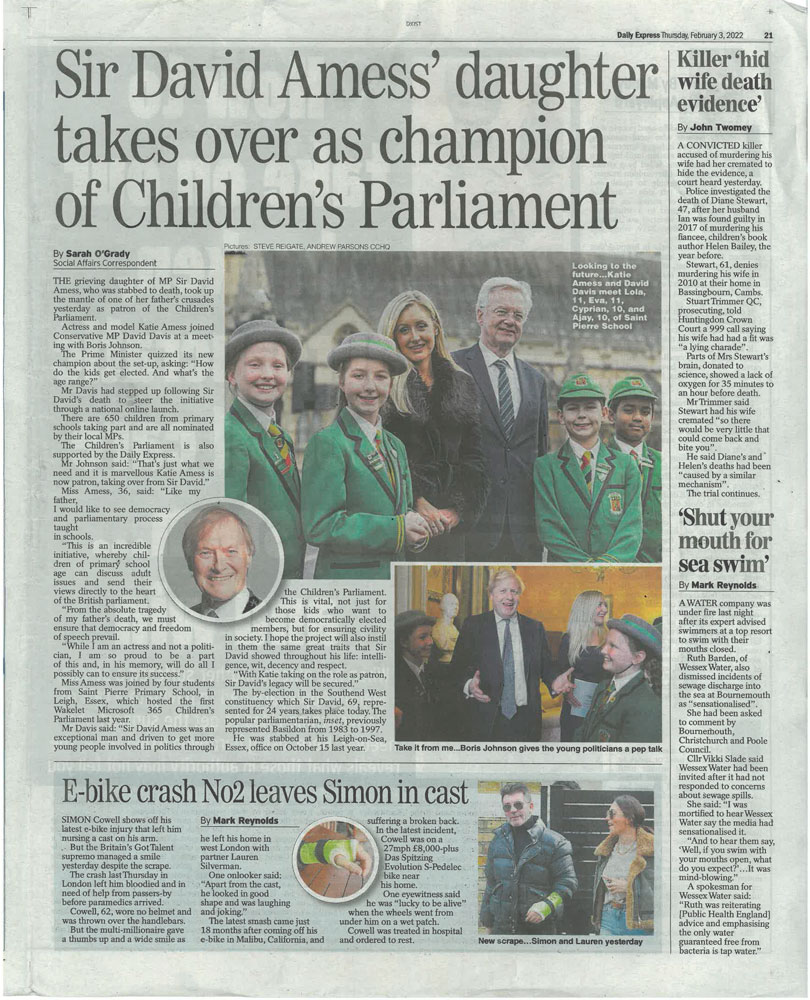 For The Children's Parliament 2022

Please use the form below to enquire about our personal or virtual tours. One of our team will respond via your phone number within 24 hours to confirm your booking. Thank you for your interest.